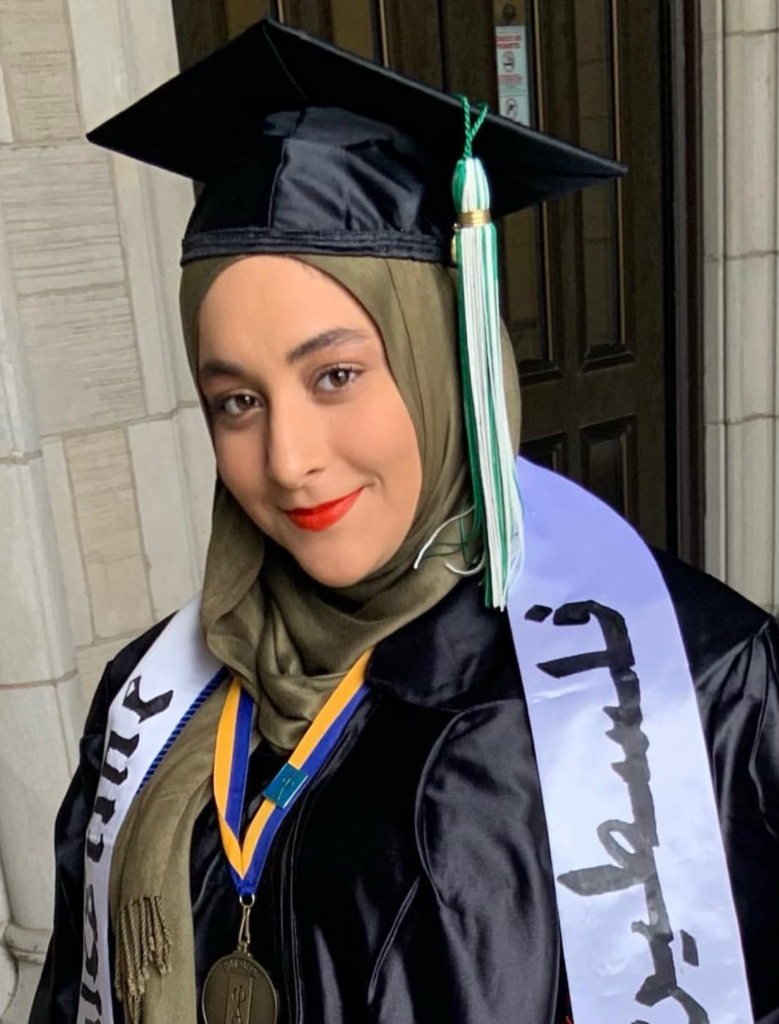 NAMI Greater Toledo is celebrating Minority Mental Health Awareness Month
( throughout July). This week, we sat down with Jasmin Hummos,
independent contractor serving Arabic-speaking individuals and those of Islamic
faith.

Jasmin says she became a social worker with the intention of making a difference
in the world, starting out as a therapist at a small school in Toledo. She always
knew there was a lack of Arabic-speaking and culturally competent therapists in
the area, but didn’t realize to what extent. In learning how few there were really
were in the community, she switched her focus.

Having grown up in Toledo, she saw firsthand the lack of mental health resources
for Arab Americans. She had seen her peers struggle and have to seek out very
expensive online therapy options or a local therapist without the cultural
competence. She says this issue still exists in the community.

Jasmin believes there is a strong stigma around those with mental health issues.
She said there is a small improvement in that stigma now compared to when she
was younger, but still very much exists. From a cultural perspective they see
mental health as something to be ashamed of, and those who seek out therapy are
seriously “sick” or “crazy”. This deters people from seeking out treatment as they
fear being labeled as “crazy” or “sick”.

Jasmin feels there needs to be more of a push towards the mental health
movement for the Arab Community to rid of the stigma, and to promote general
awareness that culturally competent therapists do exist. NAMI is newly working to
do so, and she said that she does see a small shift and hopes to see it grow
further.